Debunking the Most Prevalent Blockchain Technology and Development Myths

While it can be difficult to separate fact from fiction when it comes to blockchain technology and blockchain development, this guide allows all of these issues to be addressed. This keeps mobile app developers from potentially basing their decisions on faulty information that is being spread wrongfully.

Only Big Businesses Can Benefit From Blockchain Technology

There is a common misconception that only businesses are able to use this technology and this is a myth that developers must remove from their mindset. Blockchain development experts are quick to let the world know that this technology will soon change the entire global economy. The idea that it is only open to the largest corporations is a complete and total misnomer. All that is needed is a Internet connection and willingness to reach out to others.

Blockchain and Bitcoin Are One and the Same

Blockchain Development Doesn’t Take Place Outside of the Financial Sector

Once Bitcoin became a popular form of cryptocurrency, several observers started to believe that all development was taking place strictly within the financial sector. This is false and it neglects all of the opportunities that are available to mobile app developers. Blockchain development will be continuing in a variety of different areas.

Blockchain will one day be used in the medical sector and in real estate. There are even those who believe that blockchain technology is going to be used on a personal scale. These are all developments that need to be closely monitored by the mobile app community.

Since blockchain is known to have a certain level of transparency, myths about its level of security have also sprung up along the way. When mobile users are utilizing blockchain technology, they want to know that they are going to be safe from all attacks. Now that more and more blockchain transactions are taking place from a mobile device, security is growing in importance.

While blockchain does offer a high level of safety, it is not completely impervious to attacks. Any applications that are developed for blockchain usage must bear this fact in mind. Blockchain allows for any unauthorized changes to be caught before it is too late but it is not going to serve as a primary form of security.

It seems as if there is very little middle ground to be found in these types of discussions. There are those who view blockchain technology as being totally impenetrable and those who view blockchain as a nightmare waiting to happen. As with most things, the truth tends to fall somewhere in between and neither of these viewpoints is entirely true.

These networks are actually designed in a manner that will reject fraudulent transactions right away. There is a chance that deception will become more commonplace over the course of time (especially when it comes to mobile devices) but these concerns are unfounded at the moment. Only time will tell is fraudulent transactions become the norm.

Blockchain development is taking place in a plethora of different sectors and this is causing some to believe that the global economy is on the verge of complete blockchain control. Since there is no singular entity that controls this technology currently, the true evangelists are hoping that the global economy will one day fall under its control.

For now, the blockchain network’s level of reach can be compared to the NASDAQ network. Cryptocurrency can continue to grow in the future and this may allow certain changes to take place. For now, blockchain is in roughly the same place as any other financial network that is being used and the global economy will not be affected.

Only One Blockchain Currently Exists

It is important for those who are planning to create applications that will depend on blockchain to learn more about the technology. To that end, it is time to dispel the myth that blockchain refers strictly to one singular entity. There are several forms of technology that go by this name and those who are picturing one massive “blockchain” should take the time to educate themselves going forward.

A few similarities exist between all of these technologies but they all happen to fall under the blockchain umbrella. They each contain a consensus mechanism as well. Each of them are distributed. If there is one catchall term that can be used for each of the aforementioned blockchain formats, it is a simple one: distributed ledger technologies. Bitcoin, Corda and Ethereum are classified in this manner and so are IBM’s blockchain related services. 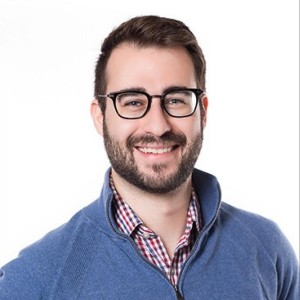 Kenneth Evans is a Content Marketing Strategist for Top App Development Companies, a research platform for app development companies in USA, UK, India, UAE, Australia and around the world. He has been contributing to various blogging platforms and Forums.