Enough of practice without reason

It may seem like an over embellishment but I’ll say it anyway.  I love best practice, I love process and I am a fan of anything to do with the plethora of disciplines, frameworks, standards, approaches, ethos and methodologies available to IT and service management practitioners today.  Like most practitioners, what I don’t love is when I see, too often, that use is made of these practices and methods without reason or consideration of context and circumstance.

I see continued examples of failure to adopt and adapt and instances of assumption that codification and cataloguing of the practices of high performing or long established approaches will lead to similar success when applied in all environments and under any circumstance.

I recently attended Service Management 2016, itSMF Australia’s 19th annual conference held in Brisbane, QLD.   One of the keynote speakers was Dave Snowden.  Dave, as all good keynotes should, left me bolstered in readiness for boundary pushing, challenging questions and new perspectives for consideration when I got back my day to day life.

Professor Dave Snowden divides his time between two roles: founder and Chief Scientific Officer of Cognitive Edge and the founder and Director of the Centre for Applied Complexity at Bangor University in Wales. His work is international in nature and covers government and industry, looking at complex issues relating to strategy, and organisational decision making. He has pioneered a science-based approach to organisations, drawing on anthropology, neuroscience and complex adaptive systems theory.  I could continue with a full fanfare of accolades but I’ll leave you with the link at the bottom of this page to find out a little more.  I know you too, will want to.  Dave founded the Cynefin Centre for Organisational Complexity. His company Cognitive Edge exists to integrate academic thinking with practice in organisations throughout the world.

One area that peaked my interest was when he spoke about managing under conditions of uncertainty, which is what most of us in IT and the services area do. Dave explained that If you can’t validate practice based on sound natural science theory you can’t trust it.  Context, he said, is important.  There are so many switches in context that you cannot translate one thing to another without changing it.  You can learn from it but following it as a simplistic recipe is dangerous.

That got me thinking about process.  I love processes, 26 of them in particular (ITIL).  It got me reflecting on how we still hear the quotes around IT’IL never happen and the odious recounts of how best practice failed an organisation.  The tweeted stories and blogs about business and IT disengagement and how many service management implementations fail.  Maybe there is more to this than the resolutely cited poor leadership, lack of engagement, management buy in, cultural change and anything else that is decreed as a rationale for the epic failures we hear, see and read about.

In our service management world much of the practice we still refer to and rely on to improve delivery is aligned to a manufacturing approaches. A great challenge for a best practice approach is the science which questions the development of those methods.  We must seek to move from a manufacturing metaphor of production to an ecological metaphor of service.  Dave talks about an obsession with cases and a refusal to recognise the importance of context.  We need to consider further why things worked in particular examples, where service or process or customer experience was considered good and valuable and consider the context.

Why does a process seemingly work for a period of time and then disastrously fail?

To elaborate, scientific observations build a good argument and explanation to illustrate the challenges we face when trying to improve, influence and change people and their environment to make positive improvements within the service delivery arena.

The Cobra Effect occurs when an attempted solution to a problem actually makes the problem worse. This is an instance of unintended consequences. The term is used to illustrate the causes of incorrect stimulation. The term stems from an anecdote set at the time of British rule of colonial India. The British government was concerned about the number of venomous cobra snakes in Delhi.  The government therefore offered a bounty for every dead cobra. Initially this was a successful strategy as large numbers of snakes were killed for the reward. Eventually, however, enterprising people began to breed cobras for the income. When the government became aware of this, the reward program was scrapped, causing the cobra breeders to set the now-worthless snakes free. As a result, the wild cobra population further increased. The apparent solution for the problem made the situation even worse.  Human beings realise quickly what the ‘new thing’ is and they learn to game the system.

The Butterfly Effect [1] is …” the sensitive dependence on initial conditions in which a small change in one state of a deterministic nonlinear system can result in large differences in a later state”. The name, for the effect is derived from the metaphorical example of the details of a hurricane being influenced by minor perturbations such as the flapping of the wings of a distant butterfly several weeks earlier. Lorenz discovered the effect when he observed that runs of his weather model with initial condition data that was rounded in a seemingly inconsequential manner would fail to reproduce the results of runs with the unrounded initial condition data. A very small change in initial conditions had created a significantly different outcome. It doesn’t mean the same thing will happen again even in the same circumstances. Now this is a real challenge in an environment where process is considered important and is applied to create consistency and order.

The Hawthorne Effect (also referred to as the observer effect) is a type of reactivity in which individuals modify or improve an aspect of their behaviour in response to their awareness of being observed.  The original research at the Hawthorne Works in Cicero, Illinois, on lighting and work structure changes such as working hours and break times were originally interpreted to mean that paying attention to overall worker needs would improve productivity. Later, it was suggested that the novelty of being research subjects and the increased attention from such could lead to temporary increases in workers’ productivity. In one example researchers Increased lighting levels in factories to see if people became more productive and they did!  So they decreased lighting levels in the factory to see if people became more productive, and they did!   So, if you do something novel you will get initial positive results more or less without failure.  It doesn’t necessarily mean the underlying method or approach is right.

Understand the ‘why’ before implementing the ‘what’

The key point here is that when making changes, instigating improvements or introducing something new, you should never replicate the ‘what’ without understanding the ‘why’. Validation needs to be underlined by theory about why something worked rather than narrative anecdotes of it working by way of example.

Why is this important for best practice frameworks, standards, methodologies, principles and ideologies?  Because it re-affirms the difficulties in implementation success and further ratifies that one size does not fits all! Just because it has happened that way with gifted people managing the process doesn’t mean it will work that way for you.  Context, is indeed important.  There are so many switches in context that you cannot translate one thing to another without changing it.  You can learn from it, but following it as a simplistic recipe is dangerous. Practitioner beware! 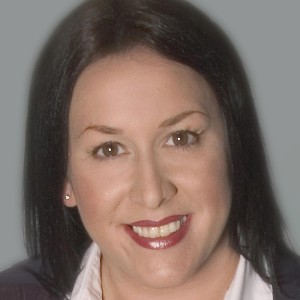 Michelle Major-Goldsmith is currently Manager of Service Management Capability at Kinetic IT in Perth, Western Australia. Michelle has been in the industry for over twenty-five years; formerly Director of Training at UK service management company Sysop and Head of Desktop and Mobile Computing at RAC Motoring Services. More latterly Michelle has been engaged as an ITIL trainer and service management consultant working with a range of clients globally. She was awarded IT Service Management Trainer of the Year in the UK in 2010 and honoured by the British Computer Society in 2011 as IT Support Professional of the Year. She is extensively published within the Service Management Industry.