Making Sure Your ITSM Improvement Sticks

SEND IN THE REINFORCEMENTS!

One of the aspects of organizational change management that is often missed or neglected is the need to reinforce the reasons for making a particular change or improvement.

Without reinforcement, people can revert back to the old ways of working and not demonstrate the new behaviours that you wished to achieve with your improvement.

Reinforcement of change should be continually applied throughout the project or ITSM improvement initiative.

So how do we reinforce a change?

Firstly we need to gather data. This can be done by collecting performance metrics that will indicate if new processes, roles or technology have been adopted and the new desired behaviours are being exhibited.

Feedback will need to be obtained from everyone impacted by the change to determine the correct reinforcement tactics to be used.

Based on the data collected, you can determine where the resistance to the change is coming from. This is where root cause analysis is a useful technique. Keep asking the question ‘Why?’ to get to the root cause.

The root causes could be a lack of awareness of the need to change or a lack of education and training. Resistance could come from one or two people, or it could be widespread across the organisation.

A useful model for identifying sources and causes of resistance is the Prosci ADKAR® model. More information on ADKAR can be found here.

Once the sources and causes of resistance have been identified, corrective actions can be taken to bridge the gaps.

These may include improved communication, improved incentives or strengthened consequences, education and training, personal coaching plans, and reward systems to reinforce the change.

Techniques to bridge the gap may include:

You cannot use ONE reinforcement tactic. You need to understand the needs of the individuals. This is often called the ‘frame of reference’.

Identify and celebrate success and make these celebrations widely visible to reinforce the change.

Recognise the individuals and groups who have contributed to the success of the improvement initiative and again make this public knowledge.

These do not have to be big successes – celebrate the small staff as well as the achievement of major milestones.

People are not motivated to change just because an ITSM improvement initiative makes sense.

Reinforcement cannot be ignored if the improvement initiative is to be a success. 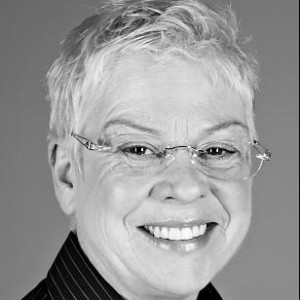 Karen Ferris is an organisational change and service management rebel with a cause. She is an author, consultant, speaker, facilitator, coach and mentor. Karen is an internationally acclaimed speaker with a reputation for providing both strategic and practical advice and insights for organisations in their implementation and maintenance of efficient and effective service management and organisational change. Karen has the ability to share her experience and knowledge with every audience and individual within that audience, so everyone is empowered with the ability to make a difference within their organisation.