Per Gartner, IT Spending grew by 3.8% to $3.5T in 2017 and is expected to grow to $3.7T in 2018. The component areas of this IT spending total are: Communications Services, Data Center Systems, Software, Devices, and IT Services.

What is IT Spending?

IT spending refers to both CapEx and OpEx and includes software, hardware, licenses, and services.

2017 saw growth across all IT spending segments – notably including data centers for the first time in many quarters. This isn’t due to growth of servers or data centers, though, as much as it is increasing costs of memory chips. Servers are still seeing a push to the cloud – at a rate of ~35% increase over the past year – and this is reflected in the negative growth for 2018 in Data Center Systems.

The push to cloud doesn’t hinder the growth of the software category as more companies look to Software-Defined Data Centers, in addition to the growth of SaaS sales. Traditional software licensing spend is flat to slightly down, per Gartner, while SaaS-model software sales continue to trend up.

If 2017 wasn’t the year of AI, surely 2018 will be. Amazon, Google, and Microsoft are democratizing AI by making it easy to use their frameworks and platforms. Instead of paying large sums up-front in the hope of developing a successful AI project, developers can connect to services like Google’s Cloud AutoML and create AI-based image recognitions tools just by dragging-and-dropping. Codeless AI, or AI-as-a-Service if you will.

Not only will cloud-based microservices enable all sorts of software connections to AI frameworks (like Tensorflow), but the development of IoT devices that have AI algorithms built in has the potential to revolutionize wearable tech.

The pay-as-you-go spend model of this democratized AI encourages general growth in spending by companies that otherwise would not be involved in AI.

Blockchain is advancing beyond its cryptocurrency origins and will play a role in the growth of IT spending in 2018. According to researcher Markets & Markets, the market for blockchain-related products and services will reach $7.7 billion in 2022, up from $242 million last year. According to recent Bloomberg reports, Blockchain will be one of the largest users of data center capacity next year at about 60 data centers IBM rents out to other companies around the world.

Blockchain in the Enterprise is still in its infancy, but opportunity abound for private blockchains. The largest projects are across separate companies and industries, such as a group of banks working together on a shared ledger. There is further potential for private blockchains within an organization as well as record keeping projects that require privacy and security, but for which de-centralization offers some protections. 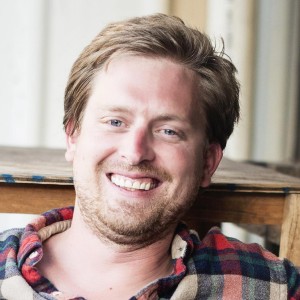 Stephen Watts is an IT marketing professional based in Birmingham, AL. Stephen works at BMC Software and focuses on creating best-in-class web content.