The State of Peer-to-Peer Payment Apps

During 2015, there were almost 150 billion cashless transactions in the United States, a number that has only increased subsequently.

These apps are changing the transaction landscape, encouraging efficiency and a digital-first mindset for sending and receiving payments.

What are Peer-to-Peer Payment Apps?

You likely recognize some P2P payment app brands: PayPal’s is PayPal.Me and it also owns the enormously popular Venmo. Several large banks have collaborated to create the increasingly popular Zelle.

These apps allow users to send payments quickly and easily. They are used for any number of reasons, from reimbursing a friend for a coffee to sending a roommate the next month’s rent.

Venmo, which quickly joined the prestigious ranks of companies-as-verbs (“Let me Venmo you for that”), also adds a social media element to its payment system. Transactions can be made public, with users adding emojis and funny text to inject an element of fun into the payment process.

Almost half of smartphone owners (46%) regularly use peer-to-peer payment apps, according to a new survey.
As with most technologies, the survey found Millennials use these apps most (51%), but only slightly more than Generation X (48%).

Another survey found 75% of Millennials will use a P2P payment app over cash or check.

Millennials’ love of peer-to-peer payment apps could be due to a number of reasons, including:

A recent article in The New York Times accused P2P payment apps for what the author saw as a greater prevalence of penny-pinching among younger generations. Given how easy the apps allow users to notify their friends of the $4.32 they are owed for a bagel, P2P payment apps make friendships more transactional. The author claims users are less likely to have an “I’ll-cover-you-this-time” mentality.

This is an opinion, though. Regardless, it seems P2P payment apps may become more popular as younger generations age and increasingly integrate them into everyday life.

What Is the Future of Peer-to-Peer Payment Apps?

As of now, Zelle seems to be poised to win the P2P-payment-app competition, despite only launching as a complete app during September 2017, according to April 2018 research from Business Insider Intelligence.

Zelle has an advantage – established banks partnered to create the service and it’s already integrated into a large number of digital or mobile banking services. For example, Bank of America app users already have Zelle on their phones, while Venmo must be downloaded separately.

The services potentially also reveal a generational gap. While Venmo may be popular among the college-student crowd, older users may see Zelle’s connection with established banks as a secure advantage.

The eventual outcome of the competition remains to be seen; however, peer-to-peer mobile payment apps are surely a large part of the payment industry’s future. 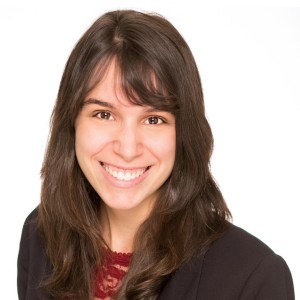