The software being developed for EOS plans to use the asynchronous communication of smart contracts and parallel processing in order to support thousands of applications and millions of transactions on the blockchain simultaneously.

The software behind EOS is also being designed to enable applications that don’t require users to pay for every transaction, making it possible to create freemium applications. This enables new blockchain users to get involved without having to navigate the complex process of purchasing a cryptocurrency.

“Existing applications such as exchanges and social media already service millions of customers daily and require a platform that can process hundreds of thousands of transactions per second. With EOS, we are building software to allow businesses to build their applications using an architecture similar to modern website frameworks. This would allow a whole range of businesses to use the blockchain, similar to the way that the computing era exploded after Microsoft Windows enabled developers to build interoperable software,” said Brendan Blumer, block.one CEO. “Corporations that build applications on top of EOS can take advantage of the security, authenticity and transparency of the blockchain to build and support global-scale decentralized projects.”

Currently block.one is comprised of a team of over 35 people, including blockchain veterans:

Kirstie Magowan is the managing editor of IT Chronicles. Kirstie is an experienced journalist and publisher who has been working in the IT Service Management industry since 1999. Kirstie is a regular speaker at industry conferences globally. 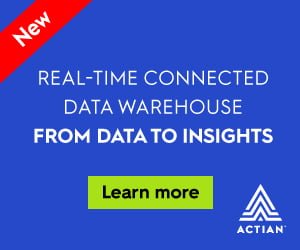 Making the Most of a Service Catalog