A humanlike artificial intelligence has been a popular antagonist for science-fiction books and movies for decades. It appears everywhere from Hal 9000 in “2001: A Space Odyssey” Skynet in the entire “Terminator” franchise and hundreds of more stories in between. Despite the largely negative portrayal of this technology in the media, the idea of artificial intelligence is beginning to reshape the way we interact with computers.

This isn’t always a good thing, though. There is a growing fear that AI-powered systems will entirely replace the human workforce, but it’s not quite there yet. What does AI still need to replace humans?

The trolley problem is a popular ethics thought experiment. It asks the subject a simple question: If there is an out-of-control trolley on the tracks, do they choose to allow it to continue and kill a large group of people, or do they redirect it onto another path that will only kill a single person? It’s a no-win scenario that compares what losses are deemed acceptable.

It’s also one of the most commonly cited challenges when it comes to creating fully autonomous vehicles. How do engineers teach a self-driving car what acceptable losses might be when it comes to a collision when the concept of ethics is itself inherently subjective? While AI systems are not perfectly objective because humans program them, they can often be more so than a person under the same circumstances.

AI systems can be programmed to execute protocols for things like ethics, but they cannot currently judge what might be acceptable from an ethical standpoint. Overcoming that challenge could open up a world of opportunities, including making fully autonomous vehicles that can navigate the world safely.

It’s often joked that common sense is so rare in modern populations that it should be considered a superpower. Still, people can demonstrate sound judgment in practical matters. It’s the skill that prevents people from putting their hand on a hot stove or stepping out into traffic when they see a car coming. Most people learn these things as children and develop this knowledge as they grow. This is also what’s necessary to teach common sense to artificial intelligence.

The AGENT test (Action, Goal, Efficiency, coNstraint, uTility) is designed to do just that, testing how well an AI can mimic the sort of experiences that will result in common sense development. It shows the AI a sequence that depicts an agent’s behavior. After observing, it is then shown a second sequence. From there, the AI needs to determine if the agent is acting in a predicted or unexpected way. Artificial intelligence currently lacks the common sense necessary to pass the AGENT test, but researchers are working toward programming in this humanlike quality.

Experts define empathy as “the ability to understand and share the feelings of another.” It is one of the critical things that make human beings function. It’s also something that sets the species apart from artificial intelligence. Imagine scheduling surgery with a robotic doctor that doesn’t have the capacity for empathy that a human would. The outcome might be a lot different because the robot can’t empathize with the patient’s needs the same way a person might — at least not yet.

These systems might not demonstrate empathy as found in a human, but programmers are teaching them how to identify emotions and perceptions. This sort of programming, especially when paired with natural language processing systems that can better understand human speech, creates something that can respond to input or stimuli with artificial emotions.

“You are a clever imitation of life. Can a robot write a symphony? Can a robot take a blank canvas and turn it into a masterpiece?”

That telling exchange between Detective Del Spooner and the robot Sonny from the 2004 movie “I, Robot” says a lot about how humans perceive robotics and artificial intelligence. There have been many advancements in this field, but there are still places where AI systems fall behind. A robot could likely create a perfect replica of any famous work of art or play a symphony without missing a note when paired with an AI database, but they cannot create something new.

IBM has called creativity the “ultimate moonshot for artificial intelligence.” It’s been used recently in music, movies and other creative industries. Still, these systems are always guided by a human hand or make decisions based on information gleaned from observing creative people. Programmers may be working on building a talented AI, but for the moment, this particular talent lies squarely in the human court.

Engineers and programmers have likely barely scratched the surface regarding what artificial intelligence programs are capable of. However, they’ve still got a long way to go if they hope for AI to ever replace humans. 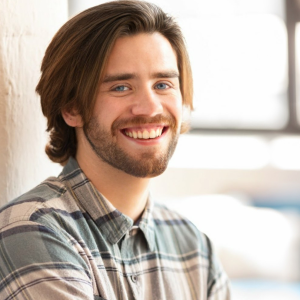 Zac Amos is the Features Editor at ReHack, an online magazine that discusses the latest innovations in technology. Zac loves writing about AI, cybersecurity, and any other tech topic that can send him down a rabbit hole of research. If he isn't writing, he's probably playing with his dog, Jack.