Node.js – Why is it the Future of IoT Platforms?

Learn about Node.js and the reasons why it is the right choice for IoT platforms.

IT businesses around the world continuously work in the direction of innovation and development of new tech products. These advanced tech products have reduced human efforts in an organized way.

One of the recent innovations in technology is IoT, which has become a global trend because of its amazing uses in the modern world.

IoT is a growing industry

We continuously interact with IoT applications in day-to-day life, such as smartwatches, ACs, and other similar devices. It doesn’t stop here. Still, this field of technology is constantly updating itself.

IoT is a rapidly growing sector. According to Statista, the predicted market revenue of IoT will grow to 1.6 trillion by the year 2025.

This will bring a massive change by improving IT securities, monitoring & operational processes, and creating more business opportunities to grow. Hence, it is essential to make the IoT more efficient using the right kind of programming languages and frameworks.

In this article, we are going to look at the answer to why Node.js is the right choice for IoT platforms.

Before knowing the role of Node.js in IoT, let’s have a quick look at its working principles.

IoT is a network of physical objects embedded with software, sensors, and technologies. The goal of IoT is to connect and exchange data with other devices over the internet. On that, IoT platforms are the middle man of the collected data and the user face applications.

The whole process causes IoT platforms to deal with the heavy exchange of dynamically changing data constantly. So, to handle such operations, there should be a framework that can handle such data flows in real-time while maintaining the pace.

And here, Node.js comes into the picture because it has notable features and has the ability to manage complex functions.

The Reason Why Node.js is the Future of IoT Platforms

Additionally, IoT platforms are responsible for handling data visualization and the ongoing management task that allows users to automate their environment.

So, it should be noted that JavaScript isn’t perfect for everything. With the inclusion of Node.js, the development becomes better and advanced. Not just this, Node.js is quite famous for its automated processes and its features of high scalability and smart IoT development.

Let’s discuss some more reasons, in brief, to understand why to choose Node.js for IoT platforms.

The very first advantage of Node.js is its fast speed and execution in a real-time environment. It comes with NPM (Node Packaged Modules), which has advanced repositories to complete the need for IoT.

This NPM repository contains multiple packages for wearable devices and more than 80 packages for the Arduino controller. Not just this, it also has various built-in architectures for sensors and Bluetooth devices.

Node.js is packed with a V8 engine powered by Google, and it systemizes JavaScript into a native machine code that is easy to understand by the system and provides fast execution.

Node.js has fast data synchronization abilities that minimize the needed time to send and receive data from the servers. The transfer happens in real-time, which ultimately makes IoT devices responsive and efficient.

Creating an API (Application Programming Interface) is the most widely as well as accepted use of Node.js. Using the Node.js development tool, LinkedIn was the first platform that built a mobile API.

Node.js is the platform that comes with the integration of many frameworks like Hapi, and Restify Meteor. We need to hire node js experts to employ such frameworks for fulfilling web development.

Using Node.js, creating an API becomes easy for the programmers and developers as they just have to write few lines of code to start with mobile APIs.

In IoT, various electronic devices connect with a single network for exchanging data to complete a specific task. For proper execution, interactivity and intercommunication between the devices are essential.

With that, the security of IoT devices lies in code architecture and user authenticity. Node.js is able to deliver all these needs without fail. Node.js is famous for its acceleration, scalability, and performance delivering real-time applications.

These abilities and functions of Node.js make it the best option for IoT applications that rely on data-intensive and real-time traffic.

IoT application developers prefer Node.js for managing large floods of requests generated from devices like sensors and wearables. The reason behind this is Node.js makes the streaming of data smoother and manageable.

This is so because Node.js doesn’t require any caching. Stream in Node.js is readable and writable, along with the exchange of information in an efficient way.

Node.js developers can work with the running stream applications without any hassle. With the help of these streams, users can stream data to its destination directly without any type of distortion.

The applications that easily integrate with the current data services have higher possibilities of adoption. And IoT applications rely on integration factors heavily.

Node.js supports MQTT and WebSockets protocols. These protocols are used in IoT applications for interaction with each other in a network. Node.js gives a base for the application to connect with 3rd party and independent services.

It also allows integration across environments, and this is one of the abilities that will boom the tech world in the upcoming years.

IoT devices are continuously increasing since their beginning. Managing such a vast network of IoT devices needs tremendous computing power. With that, the development of IoT requires fast streaming across those millions and billions of devices.

Node.js has lower runtime, so it uses few resources to run the applications build on other platforms.

Developers prefer to use Node.js because of its scalability and efficiency. With that, it doesn’t cause the CPU and RAM to get overloaded.

Additionally, Node.js occupies less memory on the server-side, which results in fast and smooth performance.

Node.js is a great run-time environment with several functions to facilitate IoT development. It enhances the performance with maximum efficiency.

Node.js also ensure the scalability and easy integrations of IoT applications. Node.js is not rocket science, and developers always feel free and find it unchallenging while working with it.

Hence, Node.js and IoT are an inseparable couple with immense potential, which can be brought out with the help of a developer who has the right skills. 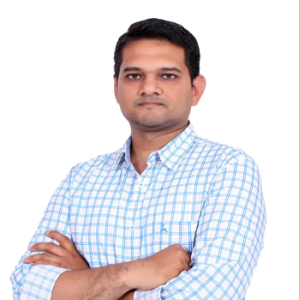