React Native vs. Flutter- Which Cross-Platform Framework You Should Choose?

React Native and Flutter are two powerful cross-platform app frameworks for mobile app development. Which should you choose for your next project?

If you want to develop a mobile app (Android or iPhone), you must decide which one of the cross-platform app development frameworks offers an efficient process and requires limited time to create an amazing app.

You must choose the best among all cross-platform mobile development frameworks to offer your app users the best UI/UX.

React Native and Flutter have become two of many popular development pathways through which mobile apps can be created in the past few years.

Amongst these two, Facebook introduced React Native while Google created the Flutter.

In this article, we will share with you a few important points about React Native and Flutter. This will help you to compare these two best cross-platform app frameworks.

While Flutter is newer than React Native, many developers still favor React Native because it offers greater stability and community support.

To make a valid comparison between React and Flutter, two powerful cross-platform app frameworks, we have used several criteria stated below.

React and Flutter – How they stack up?

Both frameworks offer this support. The hot reloading feature is important to re-launch the application automatically, and it preserves its earliest date.

In the case of React Native, a change in the code or a connection made with a device, the work process is much easier, which helps increase productivity.

When you choose a cross-platform framework for your app, you must pay close attention to the technical architecture of different frameworks.

If you know the technical architecture of the frameworks in detail, then you would be in a better position to make an informed decision about which framework is best for your mobile application.

The Flutter, on the other hand, uses the Skia C++ engine. As all the native components are included in the Flutter framework itself, it does not need to use bridge communication, making it better.

You can install React Native through the Node Package Manager (NPM). If your machine has a JavaScript background, then installation of this framework is quite easy.

The NPM can’t install the packages both locally or globally.

In the case of the Flutter framework, you need to download the binary for a specific platform from Github.

Among the two, Flutter installation requires adding the binary to PATH and then downloading it from the source code.

4) Set up and project configuration:

Both React Native and Flutter are easy to install and configure and come with a useful tool for checking any issues related to the system.

In the case of React Native, the developer has to install the native application package, and then, with its help, they can create an app.

In addition, React Native also offers Expo integration. This is very helpful for users to quote on their mobiles without wiring it up.

5) The number of IDEs support:

One of the major differences between React Native and Flutter is the number of IDEs they support.

React Native is a clear winner in this category as Flutter supports far fewer IDEs than React Native.

As React Native supports a wide range of IDEs, the developer can choose the best for their project.

When looking for a robust cross-platform framework, you must choose one that supports the maximum number of hardware-specific APIs.

React Native offers geolocation and Wi-Fi programming interfaces, and in addition to these, it offers specific solutions for Bluetooth, camera, NFC payments, and more.

Compared to React Native, Flutter has a limited number of APIs. Although, the developers can work around this problem through plugins or write native Objective-C/Swift or Java or Kotlin code to interact with native APIs.

This makes it a bit cumbersome, and therefore the advantage goes to React Native for this point.

The React Native language is JavaScript that is considered the most popular language for software development globally.

Furthermore, for most browsers, JavaScript is the built-in default language.

On the other hand, Flutter uses Dart language that Google creates and it is slowly gaining popularity as a robust, type-safe, and expressive language.

The high popularity of JavaScript is an added benefit for you if you select it to create your mobile app using React Native.

React Native made its first appearance in 2015, whereas Flutter was released in 2017.

The two years difference between these two frameworks gave React Native the added benefit of evolving into a more mature and stable framework.

Both React Native and Flutter promote their native look like one of their USPs.

This native appearance allows people around the world to look at and explore. This is quite easy to do in React Native but is not guaranteed in the case of the Flutter framework.

React Native framework is tighter in simplifying the app life-cycle handling and optimization compared to Flutter.

Flutter gives you the option of working with widget inheritance that can be managed in stateless and stateful conditions, minus any tools for explicitly saving the application state.

Since React Native was released earlier, it has had huge community support.

This is a huge positive for the React Native framework for app development. If there is any issue related to the development process, you will get more support online than Flutter. 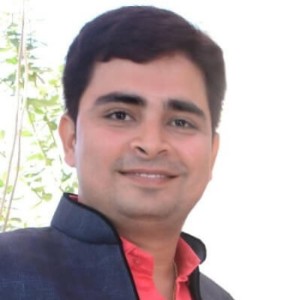 An entrepreneur, an IT professional. Tech geek. Founder & CEO at GuruTechnolabs - Globally Trusted Web & Mobile App Development Company. Loves writing about new technologies and the latest trends in the IT field.