Mobile App Security: How to Overcome the Achilles Heel of Mobile Development

From mainframes to smartwatches, we have developed applications for every existing computing platform. The total number of mobile applications alone has reached a whopping 8.93 million. With this growing reliance on mobile apps, digital security and privacy are becoming critical.

Recent statistics, however, paint a rather discouraging picture when it comes to mobile app security. According to data collected by a security audit firm, high-risk vulnerabilities were found in 38% and 43% of iOS and Android applications, respectively. These lapses in security can lead to overwhelming associated costs — the economic burden of mobile data breaches could be as high as $26.4 million for an enterprise.

The importance of robust multi-factor authentication (MFA) cannot be stressed enough. In a nutshell, MFA requires a user to provide multiple pieces of evidence, or factors, before gaining access to a system. These factors include knowledge (passwords and PINs), possession (physical devices and tokens), and inherence (unique characteristics).

As passwords can be easily compromised, using biometrics as part of MFA for your mobile app can step up your security game. Biometric technology has advanced by leaps and bounds, and today there is no shortage in mobile biometrics solutions — fingerprint and finger vein recognition, voice and face recognition, keystroke dynamics, behavioral analytics.

Some mobile developers rely on device-native biometrics while others choose to include in-app biometrics-based authentication to customize the app’s security features — either way, incorporating biometrics into MFA addresses security concerns and gives users peace of mind.

Mobile apps collect and store sensitive user information, such as personal information (PII), geolocation data, credentials, credit card information, and more. And an adversary can gain access to this insecure data either through access to the stolen device or via malware installed on jailbroken phones, i.e., modified phones with unrestricted access to the mobile OS.

And while the basic rule to protect sensitive data is not to store it on the phone unless absolutely necessary, mobile apps must also encrypt the data at rest. The most common method is AES encryption using 256-bit keys, which helps to protect the confidential data of end-users.

Another threat to mobile app security is reverse engineering that can be used to decompile an application and gain access to the source code. Once extracted, the code becomes vulnerable to malicious attackers who can exploit it to modify the app functionality, compromise backend systems, reveal sensitive information, and more.

Code obfuscation, as the name suggests, is the process of intentionally obscuring the source code to make it difficult for humans to read and comprehend, making it practically useless for hackers. With that, developers need to ensure that the obfuscation level is not easily reversed by deobfuscation tools like IDA Pro and Hopper.

Third-party software libraries are external components that are used by engineers to reduce development costs and significantly accelerate time-to-market. And while these open-source libraries may constitute up to 90% in a modern mobile app, they pose significant security risks. A code not authored internally may contain bugs and vulnerabilities, representing a potential attack vector.

Managing third-party libraries becomes critical to stay on top of application security. To that end, developers need to maintain a comprehensive inventory of third-party software components, keep track of updates, and manage dependencies. Also, there are numerous tools that help developers check the security risks of open-source libraries and frameworks.

Last but not least, a well-rounded security approach is not possible without robust mobile security testing. End-to-end testing helps identify potential risks and vulnerabilities before they damage the privacy and security of your end-users.

Vying for the attention of mobile users, companies often deliver feature-rich but security-poor apps. But mobile app security can never be an afterthought. To ensure top-notch quality of your mobile solution, a well-rounded security approach is needed that would include such measures as multi-factor authentication, data encryption, code obfuscation, third-party libraries management, and more.

From mainframes to smartwatches, we have developed applications for every existing computing platform. The total number of mobile applications alone has reached a whopping 8.93 million. With this growing reliance on mobile apps, digital security and privacy are becoming critical. According to data collected by a security audit firm, high-risk vulnerabilities were found in 38% and 43% of iOS and Android applications, respectively. Mobile app security is lagging far behind. Here are five steps to improve the overall mobile security hygiene and prevent breaches. 1. Multi-factor authentication. 2. Secure data storage. 3. Code obfuscation. 4. Third-party libraries management. 5. Automated security testing. 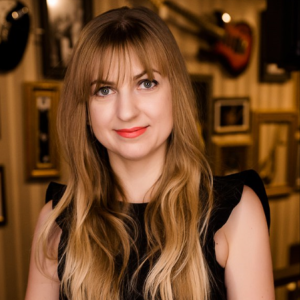 Olga Ezzheva is a technical writer at Oxagile, a provider of software engineering and IT consulting services for SMEs and Fortune 500 companies alike. You can reach Olga at olga.ezzheva@oxagile.com or connect via LinkedIn