How to Hire Expert and Experienced Python Developers for Your Project 

The demand for Python and its developers is growing fast. In this blog, you’ll learn the essential steps to follow to hire python developers for your project.

Python is a successful language that developers mainly prefer. From building an entry-level application to a whole website, it is a universal language, even working on tycoons such as YouTube, Reddit, and Google itself! Moreover, popular games such as Angry Birds were developed in this language.

However, finding an expert and experienced Python developer has become the most significant challenge amongst the increasing need for Python programmers. This article will highlight the top things for your search: Hire Python Developer.

What is a Python Programming Language?

Python is an object-oriented programming language programmers may use in various ways. It has many versions designed for operating systems and platforms such as Linux, Mac OS X, Windows, NT/2000/XP, Unix, etc. The main goal of this language is its readability, i.e. it should not be accessible only for humans to understand but also for machines. It makes more possibilities for debuggers and coders to use it at any time.

Python is now getting advanced with the popularity of the Python Rapid Application Development program. It speedily delivers projects and doesn’t require rework with the changing requirements of the business.

Some interesting stats about Python:

Why consider Python for your next project?

In 2018, Python was ranked as the number one programming language by IEEE Spectrum. The demand for Python will increase in the coming years. One of the significant reasons is that many libraries such as Machine Learning (ML) and Artificial Intelligence (AI) use Python embedded versions in microcontrollers and extensive data analysis.

What are the things to consider before you Hire Python Developer?

It is not that easy to hire Python developers and you should know prcisely what you are looking for before sorting out CVs. Here are some things to consider:

Size of the Project

A company should consider the scope of your project and its difficulty before hiring a Python Developer. Furthermore, consider aspects such as the product’s goal, benefits, users, and scalability to determine the level of experience required in your development team.

A person having a technical background should surely be in your team who would understand the scope of your project and will be responsible for restoring and technical management. For example, if your project starts with an MVP, your team should be ready with a product roadmap, logic, and a designed plan.

The stage of your product will decide your team’s development time and size. For example, if you are developing an MVP, the size of your team will be considerably less than a full-fledged team. There are different projects, and each is different; before Hiring a Python developer, keep in mind its complexity.

What are the skills to look for while you Hire Python Developer?

The basics will remain the same, yet some qualities differ from others. Some areas below:

Which are mistakes to avoid while you Hire Python Developer?

When you Hire Python Developer, you should surely avoid these mistakes:

What is the Estimated Cost of to Hire Python Developer?

The Cost to Hire Python Developer varies in different regions and countries; the US is the country paying the highest for the IT people. According to Indeed, the junior Python Developer salary range can reach $75000 while the Expert level earns more than $100,000.

Where can you Hire Python Developer who is an expert?

Since 1995, Upwork.com has been a great place to find python programmers and developers for IT projects. As a result, more than 2000 freelancers worldwide specialize in IT domains and Python.

Don’t worry if you’re too preoccupied with your business, IT consulting companies are best at finding candidates for IT programmers. They are experts in verifying the CVs of candidates at whatever level you need.

Certain Python Web Development Solution offers full-cycle web development and customization with support and integration packages. They use Python frameworks such as Pyramid, Django, TurboGears, and Zope to build high-level and consistent Python programmed websites. They even help companies with a classic style of software development known as Python Rapid Application Development.

Python has gained more ground in recent times as a high-level language as the Python Rapid Application Development program worldwide. It is widely used in developing business websites, desktop GUI applications and web applications. Overall, Python is the most widely used and acceptable programming language by developers and companies. There are many benefits that can be taken from a Python developer by a modern company, but companies should consider the essential factors. 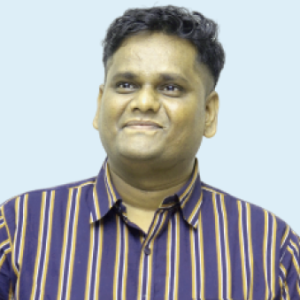 Rajesh Yadav is an ardent Backend team lead at Peerbits,a mobile application development company having a significant presence across the globe. His visionary thoughts, strong technical capabilities, and leadership skills of bringing simplicity out of the clutter have helped Peerbits see consistent growth.