Read on to learn how Continuous Threat Exposure Management utilizes AI to automate cybersecurity operations and lower the chances of a breach.

Artificial intelligence is central to improving how organizations manage their security.

It automates time-consuming tasks for overwhelmed security analysis and aids them in discovering damaging vulnerabilities on time.

Detailed testing with programs such as Continuous Threat Exposure Management (CTEM) also shows whether the tools and people that manage security would successfully defend companies in case of a real attack.

What Is Continuous Threat Exposure Management?

Continuous Threat Exposure Management is an AI-powered program that decreases the likelihood of an organization being breached.

It works in five steps for successful security management and uses different automated tools that validate the security companies currently have.

These steps are continually repeated to ensure that experts detect and mitigate the weakness early. The longer the flaw is left undiscovered, the more likely it is that the threat actor will exploit leaked information and vulnerabilities in the network.

Let’s look at the five stages and how their constant application contributes to a stronger attack surface and well-managed security.

The first two stages map any leaked vulnerabilities within and outside the network. Automated tools scour the web for leaked employee data, and tools test the security to uncover existing vulnerabilities that could turn into possible incidents.

Any sensitive data available online or misconfigurations on the cloud could present high-risk threats that must be mitigated as soon as possible.

Since security professionals get thousands of alerts daily, all of them suggesting some vulnerability that might need patching up, it’s important to set their priorities right.

The first flaws that need to be patched up are those that pose the highest risk. They’re the ones that are likely to lead to a successful breach. Automated tools generate reports that show which risks should be mitigated first in real-time.

Security tools that are set to protect the organization have to be tested with automated attacks. This validates that they work and can defend the infrastructure in the worst-case scenario.

The final stage is patching up any gaps in the security based on the testing results.

While CTEM is not a tool itself, it does use these automated technologies in the five stages we mentioned above:

The combination of different AI-powered tools contributes to the early discovery of possible threats within the system. After testing both tools and people who manage the security and use the network, the documentation highlights any vulnerabilities that need patching up.

Essentially, it offers the teams guidelines based on data that can help them to react to threats with the right software and protocols.

While the CTEM utilizes even more versatile tools, here is what the three automated technologies bring to the table for cyber experts.

Breach and Attack Simulation is the security tool that tests the security in real-time and does so 24/7. To simulate attacks (both well-known and new hacking methods), it relies on artificial intelligence.

For security analysis and IT teams, this means that their dashboards are continually updated with new findings. The software highlights high-risk vulnerabilities that could appear within the ever-changing system.

As it continually runs in the background and tries to uncover unauthorized access or employees that fall for phishing lures, BAS approaches security with the strategy of a  cybercriminal.

The BAS tool is also linked to the MITRE ATT&CK framework. This update is important because MITRE is a library that describes any new hacking methods that have led to successful breaches of other companies.

What red teaming essentially does is it tests humans who manage the security. This automated training is for professionals who are tasked with operating all the tools that keep the company safe from cyberattacks.

The tool is the automated version of a red teaming exercise that tests people by separating them into two teams — red (offense) and blue (defense). The red team attacks and the blue defends the company with available tools.

The results show whether they need more training and if they know how to use the technology they have on hand to defend the network from possible breaches.

Many security tools are focused on guarding the infrastructure from within using firewalls and antivirus software.

However, the data that can be found by searching the web can compromise companies and give hackers the information they can use to successfully breach systems.

The key goal of External Attack Surface Management is to scan the internet and discover leaked corporate intelligence, emails, or passwords that make a company vulnerable to attack.

The software automatically discovers, analyzes the weaknesses, and offers solutions in the detailed guidelines for IT teams.

Overall, CTEM aids companies in planning and monitor any changes within the attack surface. The data they get as a result help make their decisions on strengthening security and lowering the chance of a cyberattack.

To do so, it relies on automated tools that utilize artificial intelligence to continually test security, generate detailed reports, and help teams to think on their feet.

For attack surfaces that alter with every update, new hacking technique, or employee logins, AI has been crucial in identifying the flaws that appear due to these hectic changes. 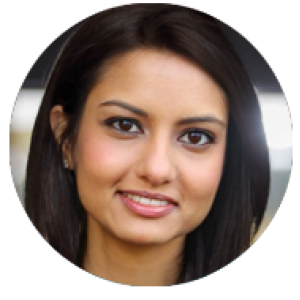 Lucy is a creative content writer and strategist at Marketing Digest. She specializes in writing about digital marketing, technology, entrepreneurship, and education. When she is not writing or editing, she spends time reading books, cooking, and traveling.