If you are planning on shifting your career to IT or simply looking to expand your knowledge, here is a list of the top 5 most wanted IT-related skills.

Working in IT means you can do many, many, MANY different jobs.  Some could be as simple as fixing the WIFI connection. (Have you tried to disconnect and reconnect the power cord?) or you could be a part of a team developing new infrastructure or something even more complicated.

As technology develops, some IT jobs and IT-related skills are more popular, some have already seen their peak and now are declining, and some are just emerging, and we will see if those will ever become mainstream. Let’s take a look at the top 5 most wanted IT-related skills in 2021.

Looking back a few years, cybersecurity demands were slowly growing until 2020, when the need for IT security experts skyrocketed. Why is that? Because of the pandemics, mostly.

We didn’t do much in the physical world, but we did transfer a lot of our activities online, and we did that quickly.

As companies collected more and more of our data, it became apparent that that data needed to be handled with great caution. Also, the number of cyberattacks grew during the pandemics, with phishing emails growing 667% from February to March 2020.

Another reason why the number of cyberattacks grew during last and this year is remote work. Working from home offices caused security breaches in 20% of organizations, according to the Malwarebytes report “Enduring from Home: COVID-19’s Impact on Business Security.”

Cloud solutions have been taking over the traditional server infrastructure in recent years, as more and more companies opt to use cloud solutions to store what they have made previously and build their products and services directly in the cloud.

According to CompTIA’s research, the transition is happening so quickly because cloud computing can reduce costs, capital expenditures, operational complexity, has new capabilities or features, it’s faster, and so on.

Cloud computing skills can be used in many IT positions, like cloud development, administration, configuration, deployment, security for cloud services, management, architecture, and troubleshooting.

These positions are much in demand and are mentioned in many coding interview questions because they intersect with almost every other IT skill, mostly with artificial intelligence (AI), the Internet of Things (IoT), data analytics, networking, project management, and cybersecurity.

The widely used cloud solutions include Amazon Web Services (AWS), Google Cloud, Microsoft Azure, and Oracle. The biggest platform is AWS, and it offers more than 175 services. AWS-certified IT specialists earn more than those who are not certified. They earn an average of $129,868 a year, which is one of the highest-paying certification categories in North America.

There are three cloud service types:

These skills are used to identify patterns and trends in a mass of data. Without AI and machine learning, we would need a lot of time to discover patterns and trends with traditional methods, or we even couldn’t do it. Another awesome use of these skills is automating time-consuming and menial tasks to focus on what’s important.

AI top skills include C++, AWS, Python, Natural Language Processing (NLP), automated speech recognition (ASR), and automation. A new special skill in the AI area, AIOps, is emerging at the moment – the skill combines big data and machine learning so it can automate the path from development to production.

Machine learning is similar to AI, but it is used to make devices understand a specific set of data. It can be used in almost any area of business, and the most famous examples are Siri/Alexa, self-driving cars, translations, recommendation systems, etc.

More than 87,000 machine learning and more than 80,000 AI job ads in the United States are listed on LinkedIn alone.

Users and software create a lot of data, and the amount is getting bigger as we speak (or as you read this). According to IDC, there is an estimation that we will produce 163 zettabytes (ZB) of data, 10 times the number that was created in 2016. And data scientists and data analysts will be responsible to store, manage, understand, and keep that data safe. Data scientists, analysts, database administrators, and data engineers work in different programming languages, like SAS, R, SQL, and Python.

Statista’s report predicted that Big Data applications and analytics will grow from $5.3 billion in 2018 to $19.4 billion in 2026. That is mostly because more than half of companies are already using or plan to use big data analytics so they can speed up their decision-making processes and find out what works for them better.

Even though data science and analytics can be used in various industries, banking, manufacturing, professional services, and government invest the most in Big Data. And revenue generated through data science is growing year-over-year. Big data made $122 billion in profits in 2015, and it is estimated that the number will grow to $274.3 billion in 2022.

Another critical skill connected to data science is information design. It includes a skill to show analyzed data so it can be easily understandable and visually attractive.

There are many programming languages. Some are becoming more popular every year, some are in decline, and some are just starting to pave their way into the IT world and have shown great values.

Programming skills are used to develop software, mobile apps, web applications, websites, as well as automate tasks. The most popular and used programming languages are:

But, the simplest programming languages, if you are new to coding and want to become a junior software engineer, are HTML and CSS. When you learn these, it is easier to grasp how other language skills work and understand them, and finally, to use them.

The most commonly used programming language is JavaScript and TypeScript, Go, and Kotlin are becoming more and more popular because of their trendier technology. Even though these languages are becoming popular, there aren’t many people using them, so the demand is high. Python is the fourth most popular programming language on Github, followed by Java, Go, and Ruby.

These are the most wanted IT-related skills globally, but what is needed and wanted in a specific country depends on their IT scene.

We checked various lists of most wanted IT skills, cross-referenced them, found the intersection, and decided to pick these for our top 5. Some of these jobs are among the best-paid jobs in some countries, but that wasn’t the criteria here. The demand was the first criterion, followed by how much the skills are sought geographically.

If you plan on expanding your IT knowledge, check out some of the online courses on Udemy, Coursera, Upskilled, Thinkific, Kajabi, etc.

There are many IT-related career paths you can pursue, some of which are analytical while others are more creative, so you can navigate to the ones that suit you best. On your way to becoming an expert in the industry, you can start by engaging in online forums and IT blogs. Many of these blogs have an author box to present your skills and ambitions while establishing yourself in the field you choose. 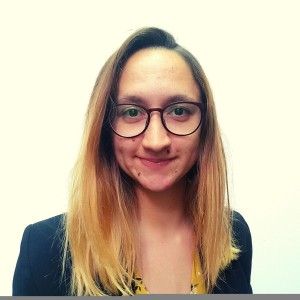 Nina Petrov is a content marketing specialist, passionate about graphic design, content marketing, and the new generation of green and social businesses. She starts the day scrolling her digest on new digital trends while sipping a cup of coffee with milk and sugar. Her white little bunny tends to reply to your emails when she is on vacation.