How to Build a Career in AI and Machine Learning

Careers in AI and Machine Learning – is it for you?

Technological advancements seep into our daily lives more and more frequently with each passing year, constantly revolutionizing the way we go about human life. One of the most important technological advancements humanity has achieved in the past years is the development of the strand of computer programming, known commonly as artificial intelligence (AI).

AI is the strand of computer science that pushes the limits of what computing can achieve, often by analyzing large sets of data and using this to write its own program, in a process known as machine learning. The sheer computational power of AI and the rapid pace at which the technology is developing has rendered it a lucrative sector for employment opportunities and left many enthusiasts asking themselves how to build a career in AI and machine learning.

Artificial general intelligence, which is also known as AGI, is the kind of artificial intelligence that we generally encounter in works of Sci-fi. Robots with computational complexity to rival a human brain and even the ability to pass as a human may seem like something of the far future, but some AI experts argue that such a technology may come a lot sooner than many might think! In fact, some AI researchers have predicted that the chance of such technology being developed within the next 30 years is as high as 50%!

The good news is that the field of artificial intelligence is so broad that almost any skill set can become relevant in one way or another. However, there are certain skills and personal attributes that come in particularly handy more often than not when it comes to seeking out employment opportunities in the world of AI. Examples of such skills are:

While there are some highly successful contributors to the world of artificial intelligence whose programming capabilities are entirely self-taught, many hopefuls in the field will choose to pursue formal education. Luckily for them, as AI dominates a greater degree of our technological market, more and more opportunities for receiving an education in the sphere of artificial intelligence continue to spring up. Areas of study that will contribute best to building a career in AI include:

If the seemingly endless possibilities that AI presents are what get your imagination all fired up, and you’ve set your sights on either self-teaching or pursuing a university degree, you may then wonder where exactly you can establish your career in the field. Luckily the employment opportunities afforded by artificial intelligence are growing at an impressive rate, and all kinds of employers are eager to snag up experts in the subject. Common areas for AI developers to begin their career paths in include:

Beyond these more obvious jobs, the world of artificial intelligence is boundless. Most spheres of human activity have begun to incorporate some form of artificially intelligent technology into how work is carried out – engineers and architects have begun to rely heavily on artificial intelligence in order to create precise models of their intended works. The drone technology is highly interconnected with AI, and there are many employment opportunities for software developers who specialize in creating AI programs that can train drones to understand what they are surveilling.

What’s more, the work of an AI specialist doesn’t mean having to walk away from a life of art or creativity. Artists, in fact, often use artificially intelligent applications in order to help them sketch with accurate proportions or achieve the precise mixology of pigment for a given paint color. The music industry is an example of one creative industry that has been utterly revolutionized by AI technology in the past decade, allowing for the innovation of style, sound, and distribution. People all over the world are today enjoying music of all genres penned by AI algorithms!

If any of these opportunities appeal to you, don’t hesitate to take the first steps towards exploring a career in artificial intelligence. As the field continues to innovate and grow, more and more opportunities will open up, and those at the forefront of the industry will be responsible for some of the most important and society-altering technology we have yet to encounter. Getting into the field now gives a great head start, and creates the opportunity for you to carve out entirely new paths of AI!

Career in AI and Machine Learning

Skills that help a career in AI, including machine learning: A high degree of problem-solving capability, Ability to think outside the box and innovate, Ability to stay up-to-date with the latest innovations in the industry, Ability to design and repair software, Good communication skills and capacity to turn complex programming into every-day language. The employment opportunities afforded by artificial intelligence are growing at an impressive rate, and all kinds of employers are eager to snag up experts in the subject. Common areas for AI developers to begin their career paths in include: Software developer, Data analyst, Hardware specialist and electrical engineer and Algorithm specialization. 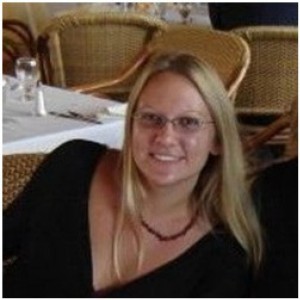 Laura Garbers is a career guidance specialist with a wide background focused on human resources and recruitment. Laura is currently combining her professional expertise with her passion for cutting-edge technology by helping to craft the most promising career paths for IT professionals.