The IoT Will Change the Future of Web Development

With the continuous evolution of technology and the changing demands from people and businesses, a lot of technologies have come and merged to make people’s lives easier. One of the tech solutions that has revolutionized the world today is the proliferation of IoT solutions.

The internet has impacted every sphere of people’s lives. Furthermore, almost every person is dependent on the web in one way or the other. Business organizations are utilizing the internet as a powerful medium for communication, which helps them extend geographical reach. These days, all organizations are poised to harness the power of smart technologies and sensors embedded in the user devices, such as mobile phones as well as other consumer durables. The IoT or the inter-networking of smart devices would play a key role in taking eCommerce to the next level.

Each person with a smart phone experienced the internet of things at some point or the other. In the not-so-far future, businesses would be seen using a combination of wireless and sensor technologies for tracking the buying behavior of the customer. On one hand, customers would use the internet of things technologies to avail of customized products as well as personalized services automatically. The use of analytics and sensors allow people to track their health and control their home appliances as well. Out of the big number of things affected by IoT, web designing and development would be one of the main areas that would be affected radically by future developments.

These days, many web development companies do not know what to start with since the IoT is quite expansive. Owing to the new technology, the old process has entirely been assumed. The whole basis of the internet of thing is nothing but a thing, so all developers should learn the technology of this thing.

Web development will be complex

With the advantage of the internet of things, the design would be more complex since users primarily will use the front-end interface to communicate with other internet of things devices, such as sensors, cameras and other smart devices. Websites would need to have the complex capability of communicating with backend databases storing personalized data that’s obtained from IoT devices. Furthermore, web development and design should hasten page load and transmission time as the complex IoT devices network could cause delays. Requirements in the future stipulate that web developers utilize a powerful language that not just builds dynamic front-end interface but also allows users to communicate with internet of things devices in the backend.

How to build an efficient development team

For a web development service provider, it takes a lot of framework to efficiently complete the task. But this is not all the time easy since the company ash to find the right mix of talent. The IoT is still an unchartered territory for the most part and organizations are still attempting to determine the best formulate for managing their development teams. One way of shedding more light to this area is to approach development from the design perspective. However, it takes a lot of time to observe and come up with the best strategy to go forward. How does a web developer approach development under the current circumstances? Check this out:

A lot of developers do not quite realize the huge number of devices that would possibly display web content to people in the near future.

Devices like Raspberry Pis with small screens give plenty of potential in displaying web content. The context could come in the form of web pages from the World Wide Web or could come fin the form of local web pages, web-based device control pages as well as local dashboard style web displays.

Smart watches could have even tinier displays, with a range of colors and screen resolutions. While Apple Watch don’t have a web browser y et, Android has a web browser for Android Wear and there’s a possibility that in time more smart watch web browsers could be on the horizon.

One new trend in computing is the smart voice assistant, like the Siri from Apple’, Now from Google, Cortana of Microsoft and the Alexa of Amazon Echo. Their role in the home would be to turn lights on and off, adjust thermostat temperature, set alarms and so on. The web has to be accessible to bots who would plan on reading the information out instead of displaying it visually.

Practices in front-end development on the web need not adapt in the ways to suit the IoT and other technology evolutions. Nevertheless, if they don’t, the web would become segmented into something that is only used on desktop and on mobile occasionally. It is obvious that the IoT is a complete breakthrough in web development. 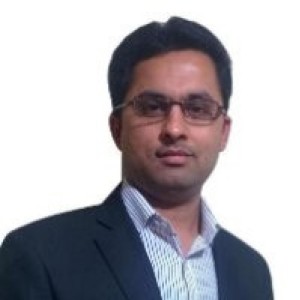 Ritesh Mehta works as a senior Technical Account Manager in a software development company named TatvaSoft Australia, based in Melbourne. He specializes in Agile Scrum methodology, Marketing Ops (MRM) application development, SAAS & SOA application development, Offshore & Vendor team management. Also, he is knowledgeable and well-experienced in conducting business analysis, product development, team management and client relationship management. Ritesh has a strong ability to lead an entire software development team and manage any project from scratch to final completion within the scheduled time and budget. And of course, his good rapport with clients makes him a trusted technical advisor and IT solution partner.