You see it in science fiction all the time: the fear that robots will enslave humans. The cliché is now so embedded in pop culture that it’s at the forefront of most people’s minds when they hear about AI advancements.

It’s not only pop culture: some of humanity’s leading brains like Stephen Hawking have issued stark warnings about AI spelling the end for civilisation. But what is AI, what can it do and what do we hope it will do in future? Is artificial intelligence really set to be our downfall?

Artificial intelligence is the concept of machines completing tasks in a way that appears ‘intelligent’. At its conception, this idea meant creating a machine that could complete logic-based tasks using mathematical reasoning. Computer engineers at the time viewed their job as creating mechanical brains.

As our understanding of technology, computer hardware and programming evolved, so too did the idea of AI. Today, our explorations into AI focus on creating hardware and software that can mimic and even exceed human capabilities.

What can AI do now?

Our computers are getting smarter with each passing day. AI is already pervasive in modern society. You use it without realising it, and it’s likely that you are more dependent on AI than you realise.

In our personal lives, we carry artificial intelligence around in our back pockets, there to assist us whenever we need. We interact with AI powered NPCs (non-playable characters) in video games. We’re developing cars that can drive themselves, and we interact with chatbots deployed by businesses for marketing and support purposes on a daily basis.

At work, AI is powering the insights you’re using to help support your customers, and it’s getting involved in workflow automation. AI is learning how to understand the meaning behind the words your customers post online, along with all their nuances and tonal indications. This kind of sentiment analysis is still in its infancy, but it’s already helping you understand how your brand is being received, where you are doing well and where there is room for improvement in your customer relations.

Machine learning is the practice of giving artificially intelligent machines the ability to learn to do something without being explicitly programmed to complete that specific task. It’s a stepping stone in the development process that could lead to AI capable of operating on a human level.

This is where the science fiction fans start to panic. What if the machines learn until they’re more intelligent than us? They’ll be smarter, they’ll be unstoppable, and we’ll inevitably become their slaves in a Skynet style takeover. (Or at least, that’s what the pessimists predict.)

At present, we are nowhere near a level of AI that has the capability to take over the world. The advent of readily available AI, specifically machine learning, does mean a rapid improvement in machines to analyse and act both autonomously and accurately. But AI hasn’t yet surpassed natural intelligence, and there remains a long way for machine learning to go.

NLP, or Natural Language Processing, is a subsection of AI programming that focuses on interactions between computers and human language. Because of the ambiguity and informality of human languages as they are used daily, with sentiment confused by dual meanings and slang, it is difficult for machines to interpret meaning. NLP enables a computer to understand the input it is given.

We already have AI assistants in our devices, in the convenient form of Alexa, Cortana, Siri and Google. Imagine then if they could hold real, fluent two-way conversations, and understand and help with every request on a truly human level. You’d be carrying a friend in your back pocket. This is the power of the combined forces of machine learning and NLP.

What will it do?

‘What if a scientist could remember every paper they have ever read and read every paper that had ever been written in medicine, physics or material sciences…

… AND could draw eureka moments from that knowledge – imagine the sheer scale and speed of the discoveries that could be made.’ – Benevolent AI

Machine learning and NLP in artificial intelligence enables computers to help us. It has the potential to clear the way for creativity, self-expression and personalised interactions on a grand scale. Because AI will eventually take over all the logical, administration and database tasks, human jobs will see a seismic shift from logical and routine to creative and highly-skilled. Rather than inputting, we’ll be implementing the answers provided by machines.

Yes, AI is coming, and in the distant future it could conceivably be more intelligent than us. But that doesn’t mean it needs to be feared. We rely on AI already without the fear, so leave the sci-fi doom and gloom in the realm of fiction.  Welcome to the future of self-driving cars, flawless real-time customer service, and human knowledge advancing in leaps and bounds thanks to AI input. 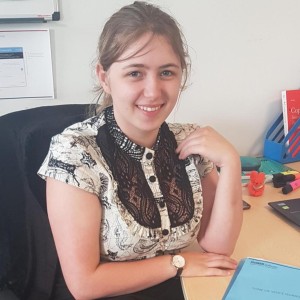