Read on to learn about cloud performance testing and the best approach to attain software success.

The introduction of cloud technology has turned out to be one of the most significant innovations of the decade. The wide adoption of cloud-based frameworks has wholly redefined how computing is done. And therefore, it was very likely for cloud solutions to leverage the entire concept of testing.

Going a few years back in time, testing turned out to be an extremely cumbersome process that needed significant resource investment and infrastructure setup. Besides, the ever-expanding business landscape makes all the processes extremely complex to make space for in-house testing facilities.

Talking of the present scenario, most sites we have access to are based on cloud computing architecture, making it even more important to focus on performance and security goals. In this article, we will talk about the whole concept of cloud performance testing while highlighting the perfect approach to attain software success.

The primary advantage of running an application or software in the cloud is the extensive access to computing, network, and storage resources. However, the mere provisioning of resources available on the cloud does not make an application fast. It is because of the data-intensive workload that comes along with the application and its architecture. Thus, it becomes necessary to test an application moved from on-prem to the cloud to compare the performance benchmarks across environments to meet the SLAs and user experience goals. And just in case you are working with a cloud-native application, you can even progress with standard performance testing ahead of production.

Thus, cloud performance testing determines how an application would function in a cloud-hosted environment while reducing bottlenecks and enhancing the capacity to handle peak workloads. Thus, the ultimate objective behind cloud performance testing is to simulate real-world users interacting with the application to validate and verify the system’s responsiveness. Since the performance equals transaction time and user experience, it even works on testing scalability, speed, and overall stability of the system.

Measuring performance is vital to work on the financial impact that cloud services could bring with a cloud-based application or software. Moreover, it is crucial to meet the reliability and scalability goals of the product under test.

Types Of Performance Testing on the Cloud

There are many performance testing tools that have the capacity to run as cloud-based tools and therefore provide the ability to run as load tests constituting millions of concurrent users coming from diverse geographies.

When working on a solid app performance testing strategy, there are certain necessary steps that help a tester to meet the scope of the project.

The primary step of performance testing in the cloud begins with collecting requirements, defining goals, and setting objectives. This phase usually works on identifying the performance characteristics such as response time, resource utilization, and throughput. Also, this stage needs QA testers to identify the configurations for the network, hardware, and software to ensure smooth testing. Besides, it even involves comparing the production and test environment to get over any possible risks that can hamper the test results.

The second stage of the performance testing process aims at identifying the usage scenarios while determining the variability, identifying the test data, generating new data, and defining metrics to collect for testing. This data is further fed to the workload profiles.

The third phase involves preparing the right set of tools and test designs for effective execution. Moreover, it aims at configuring the test environment and monitoring the resources.

Once done with the tools and test designs, the test execution part is processed where various performance tests are performed to collect the data and further aim for analysis.

Last but not least, the process aims at consolidating and analyzing the findings from the tests. Furthermore, the test results obtained are used to finetune the test plan and therefore process the application for infrastructure and other requirements.

When it comes to benefits surrounding cloud performance testing, such as validation of the application running per the defined standards in the cloud environment, the information processed thus helps to ensure an optimal user experience. Also, the assurance evolved through application performance can be used to meet innovation’s flexibility, scalability, and overhead goals.

Moreover, cloud performance testing is a progressive move to get over any issues or bottlenecks that are likely to lurk in the application or the database. Moreover, running performance tests on an application could help identify bugs and mitigate the possible issues early in the source code.

Besides, when it comes to database goals, performance testing helps you achieve accuracy on the configuration to meet the cache size, bucket size, and I/O optimization. Also, the information leveraged can be used to work on resources such as database needs related to storage and processors. Overall, performance testing is a go-to approach for IT solution providers and developers who need help isolating and modifying the cloud computing environment. 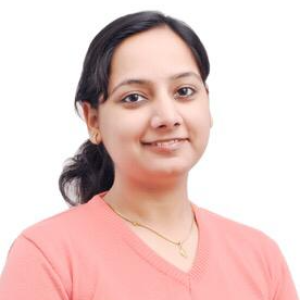 Kanika Vatsyayan is Vice-President Delivery and Operations at BugRaptors who oversees all the quality control and assurance strategies for client engagements. She loves to share her knowledge with others through blogging. Being a voracious blogger, she published countless informative blogs to educate the audience about automation and manual testing.