The whole WeWork debacle aside, the last few years have seen extraordinary growth in the coworking industry, with projections of the number of spaces doubling to 49,500 by 2022 compared to figures from 2017. Then came covid-19.

The coworking industry can be aptly described as being in a state of free fall since, hammered by a full-throttle global pandemic that shuns group gatherings of any kind. How bad are coworking operators suffering, and what’s in store for the industry as a whole in the foreseeable future?

The immediate impact of Covid-19 on Coworking

“95% of our revenue disappear(ed) overnight.” That’s the grim message executives at The Wing, a high profile coworking operator catering to women, delivered to their staff before laying off almost all of its hourly employees and half of its corporate staff in early April.

The story is being repeated across coworking spaces all around North America.

According to a survey by Coworker of 14,000+ coworking spaces in 172 countries, 71.67% of spaces say they have witnessed a large drop in the number of people working from their space since the outbreak. The survey was conducted in mid-March, 2020. The situation has only become more dire since.

The mass exodus by coworking members exposes the double-edged sword of coworking operators allowing short term leases for its clients. No doubt such a strategy has contributed to the huge growth of coworking spaces, though it also facilitates- even encourages- members to just walk out when the going gets tough.

And walk out they have.

Among the recent evacuees of coworking is certified financial planner Stephanie Genkin, founder of My Financial Planner, LLC. Genkin just quit her coworking space in Brooklyn. She said that at last count, about 20 tenants had given notice to leave as well.

The carnage can’t be blamed entirely on just the pandemic. Many coworking operators had simply been too slow or unwilling to react to the new reality, hoping that things would get back to normal sooner rather than later.

Genkin described her coworking operator as being very “secretive about negotiating reduced payments” to members, instead of being proactive. Safety issues were not discussed either, such as social distancing. “I can’t imagine being safe in that space (anymore), says Genkin.

Gauging the future for the industry

Looking ahead, most industry experts expect a painful adjustment period ahead for coworking operators. Those that will survive in the foreseeable future are operators that can either assuage people’s fears of working again in a shared facility or create other streams of revenue.

George Chiang, an avid user of coworking spaces and resident senior editor at Ergonomic Trends, says in order for him to consider going back, operators must convince him that it’s as safe as working from home.

“My top concerns are the maximum number of people allowed per faculty, plus the ventilation of the building. If I’m sitting 12 feet away from the next person with proper ventilation, to me, that’s safer than going to the grocery store, and enough to lure me back with the right incentives such as discounts.”

Some remote work coworking spaces are focusing on just that – other incentives – to retain their members even while their physical location is closed due to the pandemic.

One such case is Ka Waiwai, a coworking space operating in Hawaii. On March 10, the physical space was closed due to covid-19, though the company has maintained a connection with its members via “virtual coworking memberships.”

The pandemic proof service offers online workshops on well being and cooking, plus matching services pairing members with certain talents to those in need of them. Previously in-person networking events such as the popular ‘Awa & ‘Ai nights have been transformed into drive-thru pickups of food from local farms and vendors or live streaming music.

Ka Waiwai has found early success with the initiative. In an interview in mid-April, the company says most members have maintained their memberships.

While traditional coworking operators focus on preserving their business model in the post-pandemic world, some startups see an opportunity to take things in a whole new direction.

Glenn Sanford, founder, and chief strategy officer of VirBELA, is touting a future where coworking will be more virtual than reality. Sanford’s vision of the industry is virtual coworking spaces where people get together not in person, but in an immersive 3D world.

“Virtual coworking allows casual interaction and the general serendipitous meaningful collisions of a physical workplace while still avoiding physical contact with others during the pandemic,” Sanford said. “It offers an alternative for remote employees, giving them a sense of physical space and social interaction that is often missing when working remotely.”

Whichever direction remote work coworking takes, no doubt it will be a very long time before it returns back to the way it used to be.

The coworking industry can be aptly described as being in a state of free fall since, hammered by a full-throttle global pandemic that shuns group gatherings of any kind. How bad are coworking operators suffering, and what’s in store for the industry as a whole in the foreseeable future? According to a survey by Coworker of 14,000+ coworking spaces in 172 countries, 71.67% of spaces say they have witnessed a large drop in the number of people working from their space since the outbreak. The survey was conducted in mid-March, 2020. The situation has only become more dire since. 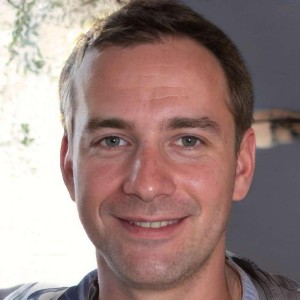 Jon Muller is the founder of Ergonomic Trends where he blogs about ergonomics, office productivity, and ways to stay healthy at the office. During his spare time, he loves walking his dog and hiking with his friends and family.