IT Chronicles reached out to executives, thought leaders, experts, practitioners, and writers about a unique initiative. ITC would donate to Second Harvest for every article submitted in December by our past contributors. Thank you to all who contribute to this food drive. We appreciate your knowledge and leadership.

We wrote the ABC of ICT (Attitude, Behavior, Culture) book (and card set) back when dinosaurs ruled the Earth and IT people were called ‘Technoids’. They lived in caves (Mainframes) and were masters of all that they could code (on punched cards) and all that they could see across the barren wastelands of IT ignorance. Until they got ripped to pieces by the odd sabre-toothed tiger who was far more nimble, agile and aggressive than we were. Dinosaurs eventually became extinct because of external cataclysmic events. (Mixed metaphors but who cares, this is my story!)

Times have moved on, we have come out of our caves. IT is everywhere. The barren wastelands are filled by IT savvy consumers roaming the lands looking for free downloadable apps. We are getting ripped apart by angry business users who complain that we are not able to evolve quickly enough for their needs. We need to be more nimble, agile, and aggressive in pursuing emerging technologies to enable the business. The cataclysmic event is now ‘Digital transformation’ that is threatening our existence.
Nobody knows what it is but they all want it.
Now!
And IT is getting in the way.
IT with its SILOes and SILOed frameworks that either slow everything down, or speed up the ability to create downtime, preventing value from flowing in end-to-end value chains and value streams. It seems like IT is more a ‘chain around the neck’ rather than an end-to-end collaborative ‘value chain’.

Are we to become extinct? Replaced by AI and chatbots programmed by some IT data-scientist-geeky-nerd hidden away in some dark cave, detached from reality? Or be replaced by some machine learning robot that thinks that humans should be phased out?

When I suggest presenting ABC of ICT at IT conferences these days I get turned down. ‘We’ve done ABC before… years ago….that is old stuff. Haven’t you got anything new and shiny….like digital transformation? Or AI? Or chatbots? Or Machine learning?’ There is an insatiable appetite and addiction for shiny new things.

However, 70% of these digital transformation initiatives fall short of the HOPED for results. (See this article that summarizes some of the key reasons. Spoiler alert! A lot has to do with people!)

‘Mindsets!….mindsets matter!!’ we are told.  (Sounds a bit like ‘Attitudes’ to me)

‘…Leaders must foster an agile culture!’ we are told (Definitely sounds like ‘Culture’ to me)

Not many are calling out about ‘Behavior’ – other than the fact that we must ‘Collaborate’ more. Industry reports tell us that ‘Collaboration and communication are core skills’! (they sound like ‘Behaviors’ to me). So the tool vendors leap onto the transformation bandwagon with a whole host of ‘collaboration tools’ that will make us all collaborate and communicate effectively. Problem solved. Evolution complete. Where is the next shiny new thing?

However. It seems that changing the culture is more than simply installing the latest ‘culture fix’, or implementing a new ‘culture release pack’ or upgrading to ‘culture 2.0’.  An article on CIO.com revealed that ‘CIOs say they still struggle with IT culture change, even as they recognize that a poor IT culture could hinder or even torpedo digital transformation initiatives.’…..

Yes indeed, ABC of ICT is old!
‘….Haven’t you got something newer?’

So, another new buzzword arises. ‘Principles’ or ‘Values’. To drive the culture.

I looked up the dictionary definition of principles ‘….a fundamental truth or proposition that serves as the foundation for a system of belief or behavior’ Ah! Yes, ‘belief’, we can use this for the ‘Mindsets’ bit!!! Then the culture will change! Flashy posters of the new principles or values are made and hung up on the walls at great expense. ‘See how much we are willing to invest in changing our culture!’ declare managers ‘….and we’ve bought you some collaboration tools…..and you can go on some agile like training and get the latest certificates!’

…..again not a lot of focus on the ‘behavior’ word. We assume that changing the mindsets will automatically result in a change in behavior, and a new culture will emerge from the ashes of the old one.

Einstein was once quoted as saying ‘We cannot solve our problems with the same thinking we used when we created them.’ But it is so much fun to try! And it keeps the certification and training industry going and the tool providers busy building shiny new features for us.
Besides that ABC of ICT stuff is old. We need shiny new stuff!

(It is amazing, when I announced that this NEW framework was coming on Linkedin I had 8 times the normal of amount of views on my posts.. Like I say, we like shiny New things, rather than getting existing things to work the way they were intended ☺)

(Fake News: It still called the ABC of ICT)

The thing is, the shiny new thing – ‘Principles’ really can help! Without a tool or a certificate. (I didn’t say that!…wash my mouth out with soap and water!)
Principles can, and should be, the glue that binds all of the SILOes and SILOed frameworks together in IT.
Providing we can translate them into ’sustainable, repeatable, desirable behaviors’.
But that takes effort, practice, feedback, practice…. It is hard.

What are the principles and how can they help?

I took a look at the principles for Agile, DevOps (DASA), Lean and ITIL4 and identified 3 key principles that they all have in common:

These Principles binds us together, forming the chain that we are looking for!
The principles are what we need to translate into behavior. Not the theoretical fluffy concepts like ‘mindsets’ (attitudes) and ‘Culture’, but behavior. It is behavior that gets things done.
It is behavior that is the manifestation of the attitudes and the culture.
All the shiny new frameworks, and practices and tools and procedures are there to support and enable behavior, behavior focused on value.

Try this as an exercise.
Get a team of people together (preferably from the end-to-end SILOes) and ask them:
‘What behaviors will we see that demonstrates effective collaboration?’
Discus and agree what these need to look like and ask if people are willing to commit to these behaviors. Write them down on a flip-chart and pin them up on the wall. So that they are visible reminders.

As Aristotle was attributed as saying: (Not Aristotle a Greek shipping magnate, footballer or movie star, Aristotle the philosopher who lived some 300 years B.C)
“We are what we repeatedly do. Excellence, then, is not an act, but a habit.”
The trick lies in the words ‘repeatedly do’.

Here is an article with some examples of having teams define and experiment themselves, in adopting, giving feedback and coaching each other on new collaboration behaviors.

Do the same again with ‘Focus on value’.
‘What does that actually look like? And how can the processes, procedures, tools be designed to support and enable THESE behaviors?’

Here are some examples (Focus on value) of what we see teams discovering as takeaway behaviors in our business simulation workshops:

These are just examples.

But without practice, feedback and coaching people revert to the old ways of doing things.

ABC of ICT….er sorry ‘The shiny new thing that really helps’ needs to be a core capability to reduce the 70% of transformation initiatives from failing to realize the HOPED for results.
But this is nothing new!
Yet we somehow fail to develop these skills and behaviors. Perhaps it is simply easier to look the other way and hope the new culture will emerge because we want it to.

Or you could just ask ‘haven’t you got anything new and shiny like AI? Chatbots? Machine learning or a new framework.?…..

I think I might start merchandising a new keyboard key ‘The shiny new thing that really helps’ Install button. 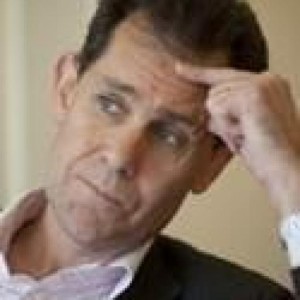